What Travelers Need to Know about Makha Bucha Day in Thailand 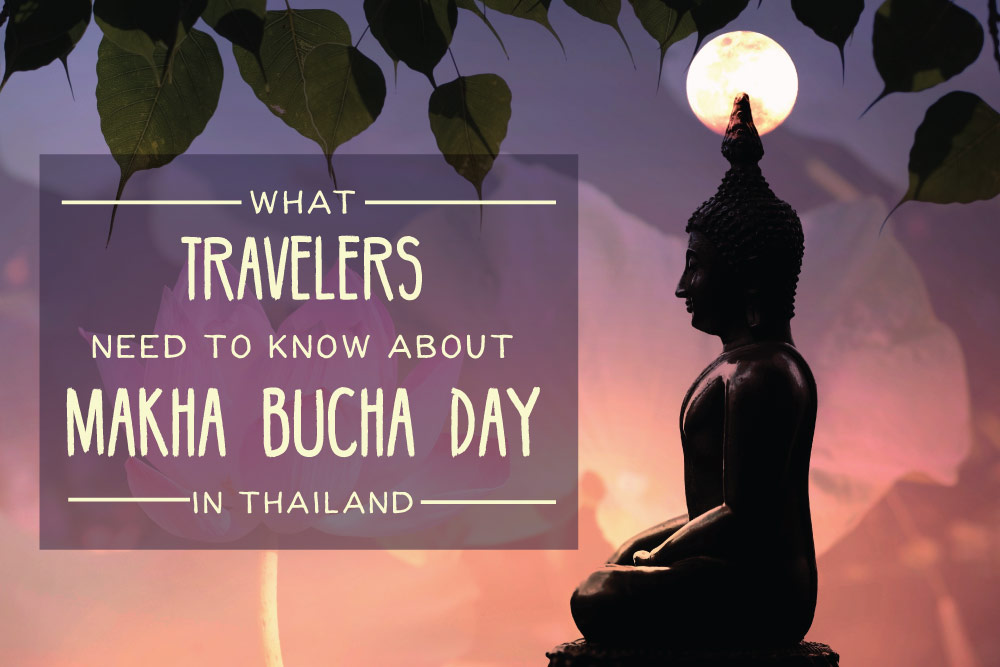 What Travellers Need to Know about Makha Bucha Day in Thailand

Makha Bucha is one of the 4 most important Theravada Buddhist holidays in Thailand. It takes place on the full moon day of the 3rd lunar month, which coincides with either February or March. It falls on Feb 11, Mar 1, and Feb 19 in 2017, 2018, and 2019 respectively. It is a national holiday, allowing a full day for Buddhist devotees to attend religious ceremonies at temples. A lot of Thais observe the 5 and 8 moral precepts on the day. If you visit Thailand during Makha Bucha, keep in mind there are do’s and don’ts. Read on to understand what Makha Bucha is, what it means for Buddhist Thais, and how you can participate as a traveler.

What is Makha Bucha? 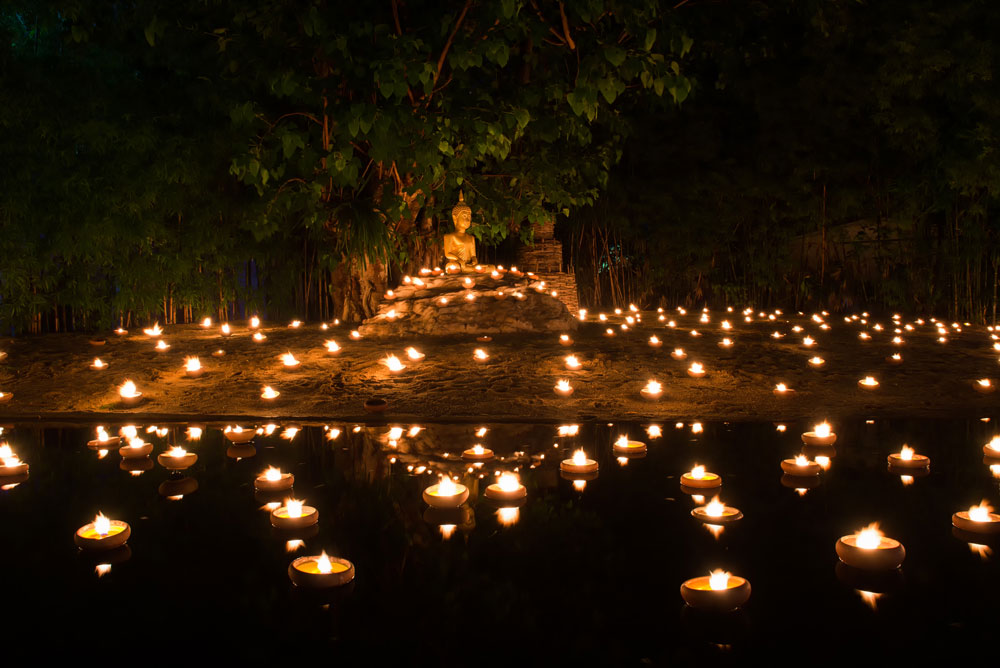 Traditional Thai calendar is a lunar one and takes after the lunisolar Buddhist calendar. Makha is the 3rd lunar month and Bucha means to honor. Makha Bucha commemorates the full moon day of the 3rd lunar month when Buddha delivered his core teachings. The teachings were called Ovada Patimokkha, summarized as ‘to cease from all evil; to do good deeds; and to cleanse one’s mind.’

To be more exact, that day took place 45 years before Buddhist era and exactly 9 months after Buddha achieved Enlightenment. History also says that 4 special things happened on the day. 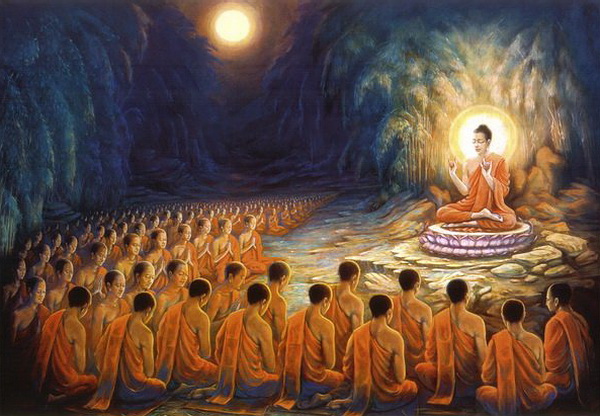 3) All of them were ordained by Buddha himself

4) All of them were Arahant (enlightened)

Makha Bucha day wasn’t observed in Thailand until the second half of the 19th century when King Mongkut started a Makha Bucha ceremony in his royal court. The religious ceremony had remained a royal affair for a while before temples nationwide organized ceremonies which commoners could attend. 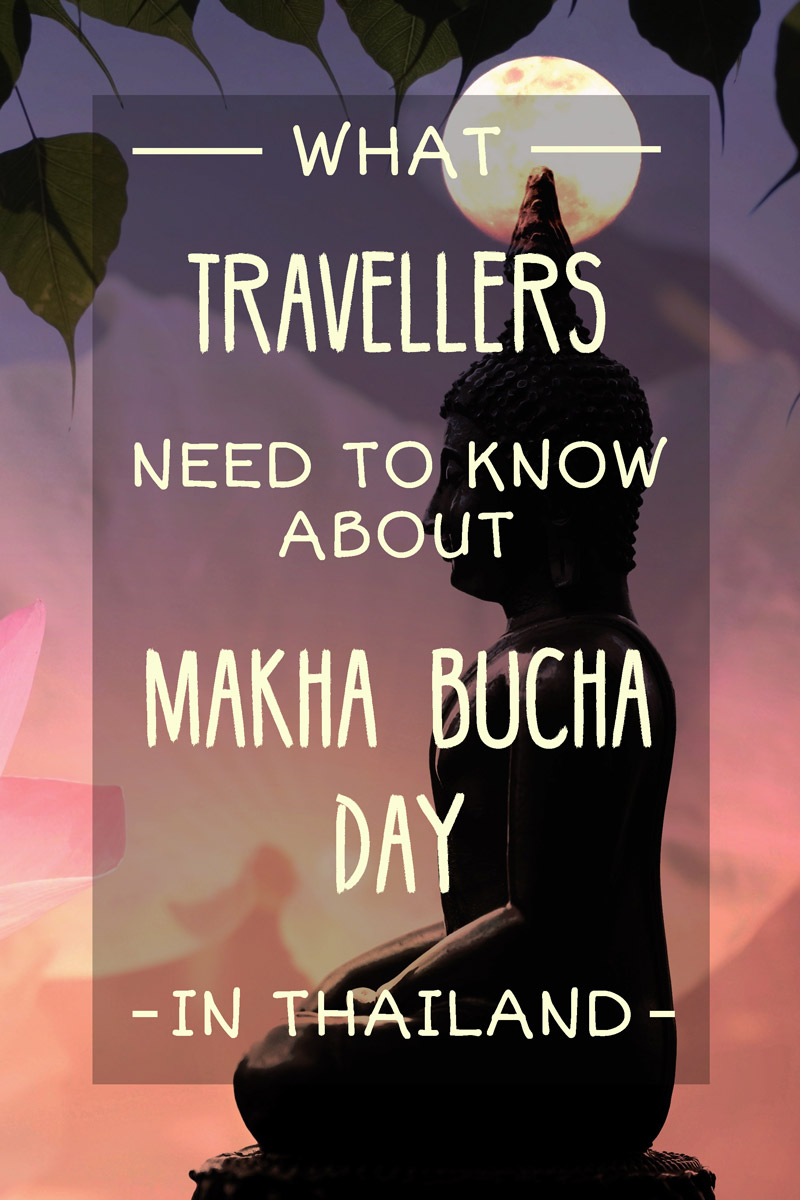 Pin this poster to share this blog with your followers!

How is Makha Bucha Observed in Thailand? 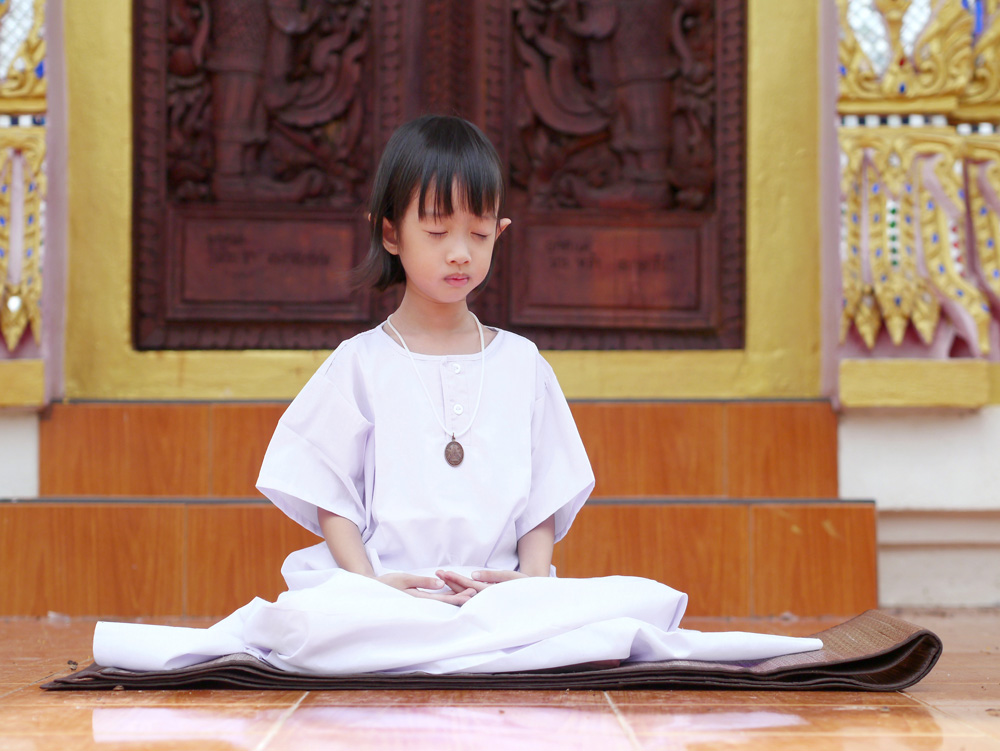 A young girl meditating in a temple

Apart from giving food to monks in alm bowls which people do every day, Buddhist Thais go make merit at temples. Some people observe the 5 precepts which include no alcohol consumption. Several temples organize meditations where attendees wear white robes, sleep there, and observe the 8 precepts. In the evening, there are candle light processions. People walk around the Ubosot (Ordination Hall) clockwise three times, praying and holding flowers, incenses, and a candle.

In 2006, the government titled Makha Bucha the ‘Day of Pure Love and Gratitude.’ It was the government’s cultural campaign to reduce the rate of teenage virginity loss on Valentine’s day, which falls on the same month as Makha Bucha.

Where to Experience Makha Bucha Celebrations? 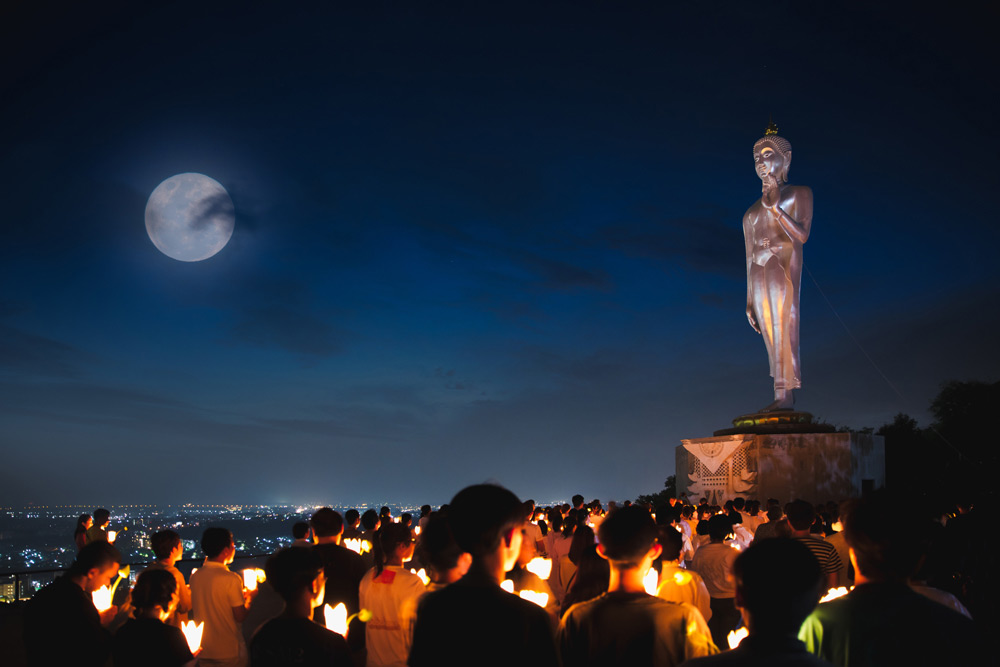 Buddhist ceremonies and rituals take place at temples and meditation centers all around the country from dawn to dusk. Meditation and praying at some sites begins before midnight and goes on until early morning. While some merit making activities including meditation only allow participants, you may observe a candle procession at a temple, unless you’re a Buddhist and want to join a procession. In Bangkok, the Golden Mountain and Wat Benjamabopit (the Marble Temple) are great sites to observe a procession. At the Golden Mountain, monks lead a procession up the hilltop pagoda.

The local government of Prachin Buri, a province located 3 hours northeast of Bangkok, annually organizes the Makha Bucha fair where religious activities take place along with a lantern release into the night sky, exhibitions about Buddhism, markets, and a cultural procession. The event’s location itself is an important archeological site related to the early period of Buddhism in Thailand. 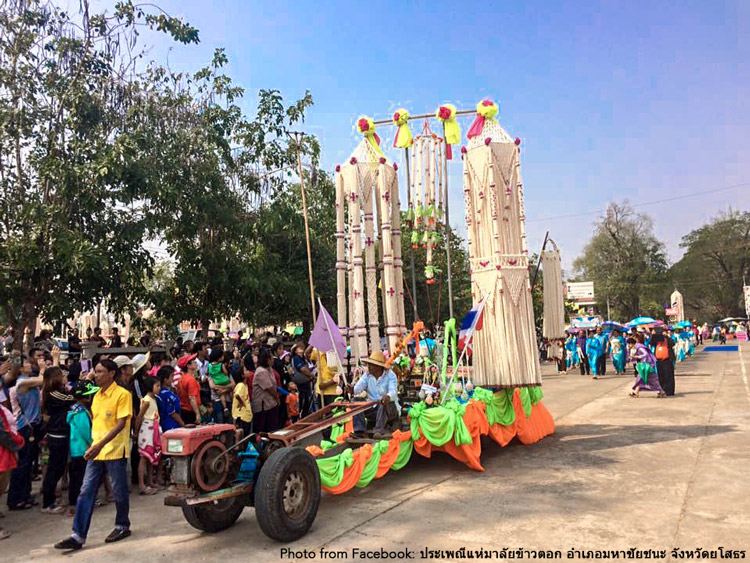 At Ban Fa Yat village of Yasothon in Northeastern Thailand, Makha Bucha gets more festive with the traditional Garland Procession and dances. Popped rice and flowers, used as offerings to Buddha, are stringed into beautiful garlands and paraded across the village. The procession takes place one day prior to the actual Makha Bucha day. 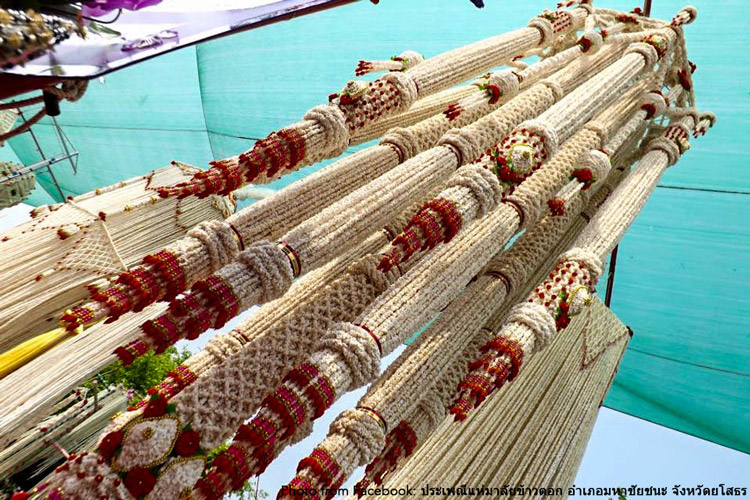 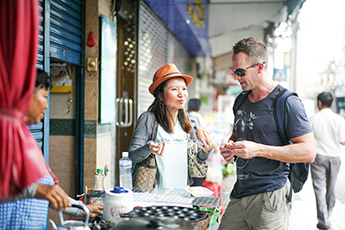 We help foreign visitors “eat like Thais do.” Our itineraries focus on using food to connect you with local people, Thai history and Thai culture without losing touch with travel attractions. As you enjoy the food,our knowledgeable culinary guide will unveil stories behind the eateries and their famous recipes, on top of fun history, rich culture, and insights of the neighborhoods we visit. 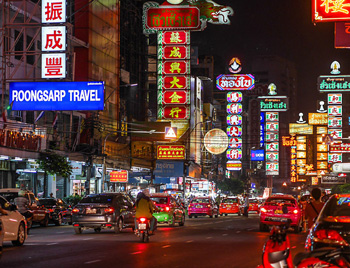 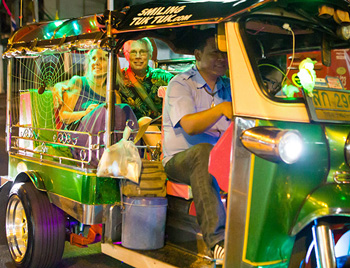 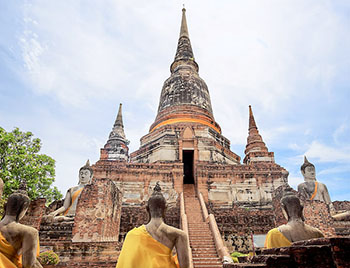